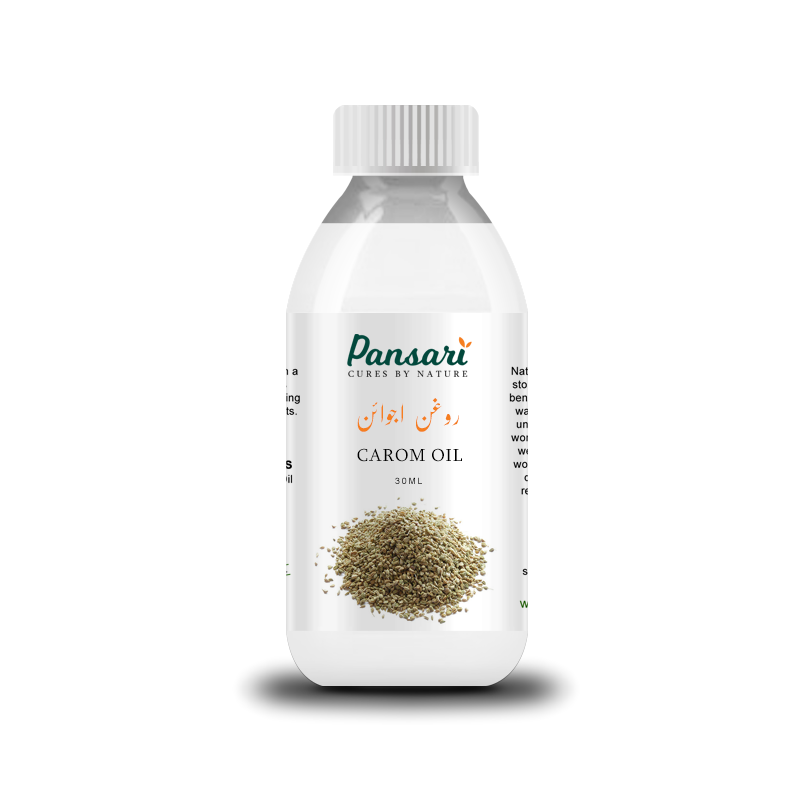 Ajwain (Trachyspermum ammi) is a plant that produces small, seed-like fruits similar to caraway and cumin. It has a strong, bitter taste with an aroma similar to thyme. Ajwain oil contains thymol and carvacrol, which  can help to fight the growth of bacteria and fungi. They may also help to fight bacteria like salmonella and E. coli, which can lead to food poisoning and other stomach issues. Thymol in ajwain oil might act to keep calcium from entering the blood vessels in your heart, helping to lower blood pressure. Ajwain oil has many health and medicinal values.

Benefits of the Ajwain Oil:

Ajwain oil is one of the best oils which helps to reduce gas, flatulence, and indigestion. It is great in treating acidity and gastric related issues.ch

Ajwain oil can be used as an antiseptic. It is used for cleaning wounds and treating skin infections. Thymol in Ajwain seeds is known as a strong germicide, antispasmodic and fungicide. Oil of Ajwain is also used in toothpaste and perfumery.

Ajwain seeds oil may also be used in the prevention of bad breath. Thymol from Ajwain seeds is also used in various mouthwash.

Aroma from ajwain oil provides relief in heavy colds and migraine headaches. The oil of Ajwain is used in eardrops for earaches. Many body massage oils also contain ajwain oil.

This is considered to be one of the best cures for diarrhea. Taking this oil once a day can help cure dysentery and indigestion issues.

Ajwain oil has antispasmodic properties, mainly due to the presence of thymol, and is used for treating colic and griping pains, asthma, muscle spasms, cramps, rheumatism, arthritis, and edema. The seeds are known to relax the uterus and provide relief from menstrual cramps.

Ajwain oil is used over insect bites, as it has pain killing properties. It can help replace the coils which are used to keep mosquitoes away.

Several Ayurvedic medicines have Ajwain oil as it provides relief in kidney and liver disorders, stomach problems, etc. Ajwain oil also reduces craving of alcohol and is effective for people who want to get rid of alcohol.

Ajwain for Acidity and Hyperacidity: