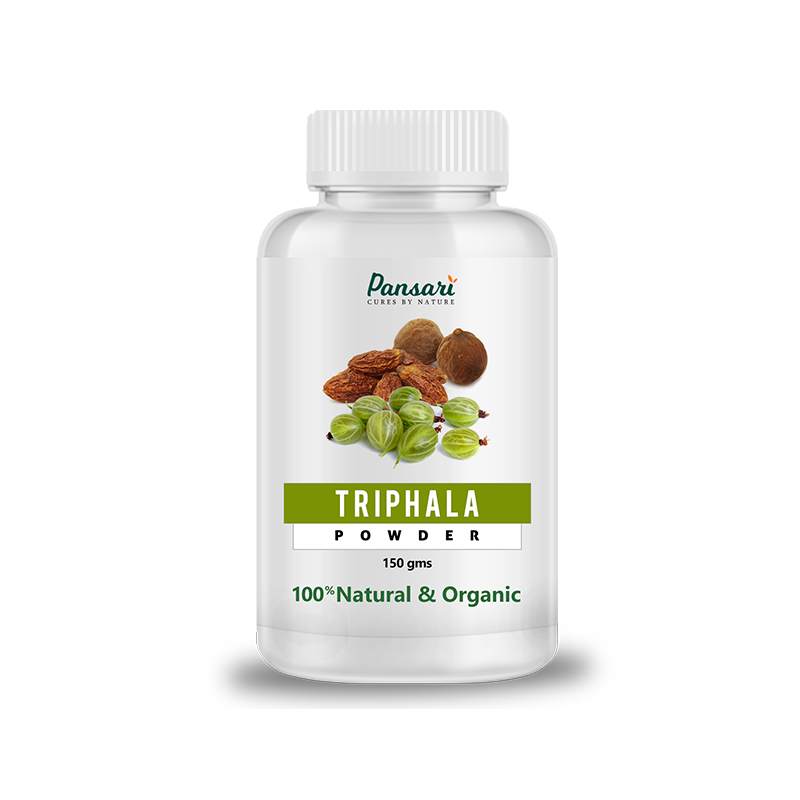 Used for well over 2,000 years, triphala is a staple of Ayurvedic medicine. In Asia, it’s considered the greatest and most versatile of all herbal formulations.

The human body works on three major substances or energies which are Physical, Emotional and Mental energies. Triphala is such a kind of a herb that is capable of keeping all these energies healthy for a balanced life.

Triphala is most commonly known for its use as a gentle bowel tonic, being helpful in digestion, and supporting regular bowel movements. The combination of the three fruits has a synergistic effect to bolster many other systems as well. In addition to the GI tract, Ayurveda uses triphala to support healthy respiratory, cardiovascular, urinary, reproductive, and nervous systems. Triphala has also been shown to be a powerful antioxidant, protecting cells from the damaging effects of free radicals. The three fruits involved in making triphala are also known for their individual effects.

Triphala is derived from the following three fruits: emblic, chebulic myrobalan and beleric. Dried powder from these three medicinal plants are mixed in equal parts to make a proper triphala powder. Each of these fruits has medicinal value on its own so combining the three into triphala can give you all of the individual benefits and more!

Amla (Phyllanthus Emblica) is also commonly known as Indian gooseberry and  has been one of Ayurveda’s most prized rejuvenaters for centuries. The fruit is very high in vitamin C and is used either alone or in combination with other plants to treat the common cold and fever and as a diuretic, digestive, laxative, liver tonic, restorative and anti-inflammatory agent.

Bari Har (Terminalia chebula) is also called the Tibetan “king of medicine.” Chebulic Myrobalan is widely used in the traditional medicine of India and Iran to treat a variety of health issues including constipation, dementia and diabetes.

Bahera (Terminalia Belerica) is another powerful ancient rejuvenater with detoxifying qualities. It is extensively used in traditional Indian Ayurvedic medicine for the treatment of diabetes, high blood pressure and rheumatism. Studies have even shown that this fruit’s extract might be able to inhibit atherosclerosis plaque progression.