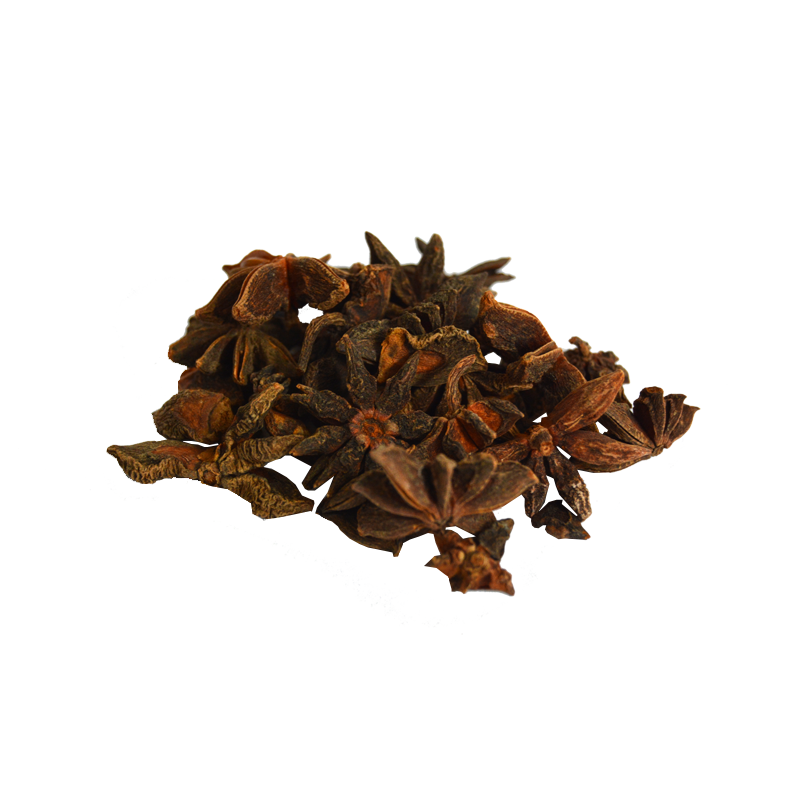 Star Anise / Badiyan (بادیان) also known as Chinese Star Anise and Illicium Verum, gets its name from its star shape. This fruit has a licoricelike flavor and is used as a spice in many cooked dishes, where it lends a soft, exotic scent and taste to a meal. Star anise also has a history as a healing herb.

Star anise contains plenty of important minerals and vitamins including Vitamins A and C as well as small amounts of B vitamins. It also contains calcium and phosphorus but in terms of its medicinal value, perhaps its most important compound is shikimic acid.