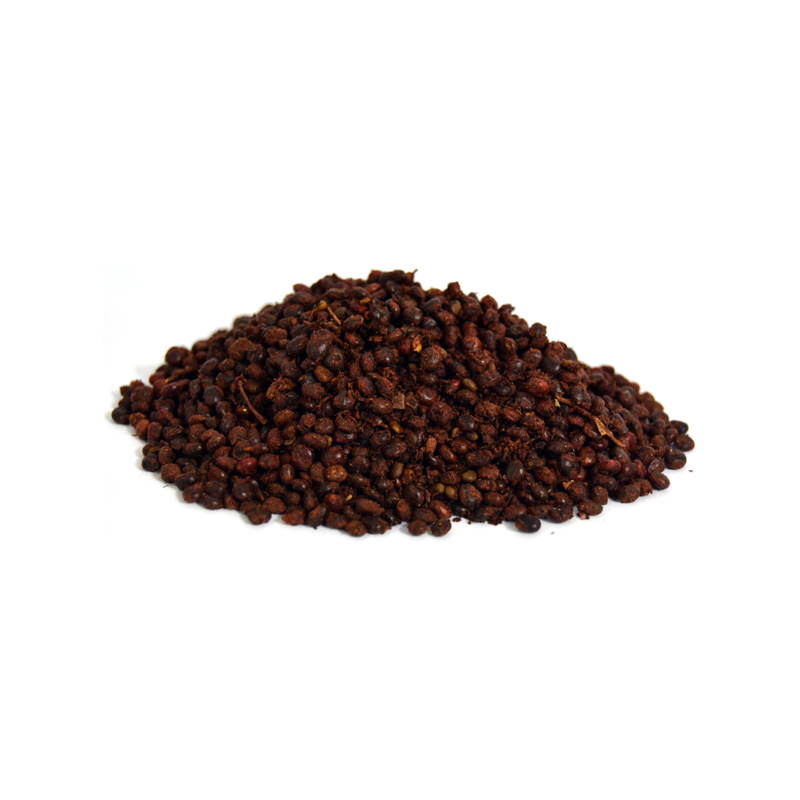 Sumac (سماق) also known as Sumach, Sumak, Soumak, Sumaq & Rhus Coriaria, local to the Middle East, creates dark red berries. The berries have diuretic properties, and are used in bowel complaints and for reducing fever. In the Middle East, a sour drink is made from them to relieve stomach upsets.

Sumac is one of the most powerful anti-inflammatory spices out there. It ranks high on the ORAC chart, which means it's packed with antioxidants and has the ability to neutralize free radicals that can cause cancer, heart disease, and signs of aging.